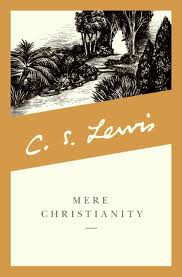 Don’t be fooled by the name, this book is not just for Christians. In fact, I think it’s even more for non-Christians.

The author takes baby steps to reason out why the whole idea of religion, in a very easy-to-understand manner. No jargon, just layman’s words.

Many people say that it is this book which turned them into believing Christianity.

A good entry level book on Buddhism, although it’s better to read it after some elementary knowledge of Buddhism. Suggest to read after watching 和谐拯救危机.

<< Mere Christianity >> to Christianity is like <<和谐拯救危机>> to Buddhism, and this is the book for Confucianism, and much more!

The author is the decedent of 朱熹, from Taiwan, with PhD in Philosophy from Germany specializing in Immanuel Kant.

A very good introduction to Confucianism, even for those who know very little about it. It’s very easy to read as it is based on lectures given by the author.

“This book has introduced more people to Christ than any other book i know except the Bible.”

A good intro book into Taoism, perhaps a good step stone before you read 道德经 or 庄子 directly.

What I find particularly impressive about the book is its unassuming tone. It feels like the author is discussing an issue with you as peers rather than trying to force something onto you as an authority. I find it quite rare in books of such nature.

Another good book on Buddhism and mediation. Better to read it after some basic knowledge of Buddhism.

View all posts by baoqiangxiao

This site uses Akismet to reduce spam. Learn how your comment data is processed.