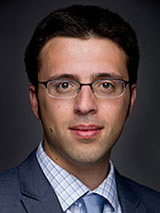 June 14 (Bloomberg) — Dartmouth College has four
valedictorians this year: Wills Begor, Glynnis Kearney, David
Rogg and Jie Zhong. They are impressive kids. All have
stratospheric GPAs. Most pulled off two majors and a minor. One
developed a new social networking platform for the iPhone.
So what are they doing next? Investment banking, mostly.
Begor is headed to Morgan Stanley. Rogg and Zhong are headed to
Goldman Sachs Group Inc. Kearney is the rebel. She’s going to
McKinsey & Co.
That’s no surprise. After all, 39 percent of Harvard’s 2010
graduating class went to work in finance or management
consulting. At Columbia, it was 34 percent. Nothing against
finance or management consulting, but do they really need such a
big chunk of our best and brightest?
Two years ago, Mike Mayer appeared headed in the same
direction. A high school valedictorian, he attended the
University of Pennsylvania. As a sophomore, he worried he wasn’t
learning usable skills, so he switched into an undergraduate
program at the Wharton School and, as he puts it, “followed the
herd into the finance concentration, and then into New York and
Wall Street.” Last summer, he worked at Credit Suisse Group AG
as a research analyst. They quickly offered him a job, which he
turned down. Instead, Mayer signed on with Venture for America,
a young startup with a slightly odd mission.

Venture for America is the brainchild of Andrew Yang, a
charismatic former lawyer. “We’ve got the best universities in
the world,” Yang says. “We have the talent. But our best and
brightest are being absorbed by what I call ‘the meta economy.’
They’re heading into professional services and transactions and
optimizing but not into direct value creation. If you can
imagine a country where the equivalent wave of talent currently
heading to professional services was heading to fast-growing
companies, think about what that would do for job creation.”
Yang got the idea for Venture for America while running
Manhattan GMAT, a test-preparation company that was acquired by
the Washington Post/Kaplan in 2009. (I work for the Washington
Post.) “I saw there was a huge pool of investment bankers and
management consultants who weren’t very happy in their jobs and
didn’t know what they wanted to do next,” he said. “So they
would come to us because they were taking the GMAT to go to
business school. Then, after business school, they would have a
debt load to pay off and would end up being recruited to the
same firms. But they were looking for something.”
Perhaps it’s a sign of the times that enticing Ivy League
graduates to work at a for-profit business can now be sold as a
way to “give back” to the community — on the grounds that the
job isn’t in finance or management consulting and isn’t in New
York or Boston. Yet that’s Yang’s pitch. “Let’s say you were to
place 20 teachers in Detroit,” he says. “That would be a great
thing. But if you could place 20 entrepreneurs in Detroit and
have each start a business, that would also be incredible for
Detroit. These regions need our top people helping to build
businesses and create opportunities.”
The conventional wisdom is that the flood of top students
to management consulting and finance is basically irreversible.
Those industries pay so much, are in such desirable cities, can
hire so many graduates, and have such deep alumni networks on
campuses that small businesses simply can’t compete with them
for top talent.
At least, that was the conventional wisdom. Then Teach for
America came along and upended it, attracting 48,000 applicants
— including 12 percent of Ivy League seniors — for 5,200
annual spots, none of which pay well and most of which are in
cities that are decidedly not New York or Boston. The electric
response to Teach for America convinced Yang that graduating
seniors wanted more options. They just weren’t sure how to find
them.

Venture for America intends to correct that. You might have
heard that small businesses create the majority of jobs. Recent
research by John Haltiwanger, Ron Jarmin and Javier Miranda for
the U.S. Census Bureau disproved that. It’s young businesses
that create jobs. “Once we control for firm age there is no
systematic relationship between firm size and growth,” the
authors conclude.
Think about a young business. Usually, it’s small and
obscure, with little brand equity. Its founders are probably
extremely busy, particularly if their business is succeeding and
has the potential to create a lot of jobs in the future. And the
company probably has only a couple of positions to be filled at
any given time.
That’s pretty much the opposite of big banks and management
consulting firms, which have many open positions, many employees
who can do recruiting and deep brand equity on every Ivy League
campus. “It’s the organizations with the most resources that get
the best talent,” Yang says, “while the young businesses that
will be creating all the jobs don’t get the talent they need.”
Teach for America solved that problem by providing schools
across the country with the recruiting capacity and brand equity
they lacked, enabling them to pool resources to attract top
students. Venture for America is eager to play a similar role,
serving as the middleman between small, growing businesses and
students who might want to work for them.
In its first year, Yang estimates that Venture for America
received about 500 applications for 40 slots. The jobs are in
fast-growing companies that are less than 10 years old, and they
pay from $32,000 to $38,000. Right now, Venture for America is
working with companies in Cincinnati, Detroit, Las Vegas, New
Orleans and Providence, Rhode Island. Next year, the
organization expects to have more than a thousand applicants for
100 positions, allowing expansion to Baltimore; Cleveland; New
Haven, Connecticut; Pittsburgh; and Raleigh-Durham, North
Carolina.
As for Mike Mayer, he’s finished with Wharton and heading
to New Orleans to work at a small software company. “There is a
sense of creating something, of creating real tangible value,”
he says. “A big bank does create value for our economy, but as a
first-year analyst among 80 or 90 peers, you’re not seeing it.
At a startup, you’re seeing it every day.”

(Ezra Klein is a Bloomberg View columnist. The opinions
expressed are his own.)

View all posts by baoqiangxiao

This site uses Akismet to reduce spam. Learn how your comment data is processed.